In earlier times, people married for reasons that often had little to do with love and affection. Security – both financial and physical – was a popular motive. With few rights of their own, women in earlier centuries often married because it was expected of them or was a suitable reason to leave their parents’ home and husbands were often chosen based on their ability to provide food and shelter for their spouse and any offspring. Marriage was also the only acceptable way that most woman could raise a family, as having children outside of wedlock was considered taboo. For centuries, a woman’s place in society was determined by who she married. An unwed woman of a certain age was considered a “spinster,” looked upon with pity or even disgust, and was often considered a burden to her parents or siblings with whom she lived. 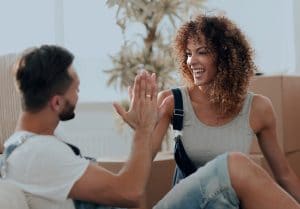 As time passed, the idea of romantic love as a reason for marriage caught hold and is now the primary reason people marry, although, in some cultures arranged marriages for the goals of procreation, security, and companionship are still popular.

While hundreds of years of slowly evolving societal norms and expectations have locked many people into traditional ideas of marriage being solely between romantic partners, there is now a growing trend of “platonic” marriage. But what is it? Does it differ from traditional marriage? What happens if a platonic marriage ends in divorce? As experienced divorce attorneys in New York City, we break it all down for you.

What exactly is a platonic marriage?

Whereas a traditional marriage is typically between two individuals who are involved in a romantic relationship with one another, a platonic marriage is a marriage often between two friends.

What are some benefits of being married?

While romantic love is the main reason people marry nowadays, it is not the only reason. The same benefits of financial security and stability that drove people to marry hundreds of years ago still inspire some marriages today. There’s a reason for this: Marriage comes with a host of benefits, some of which may be financial. For instance, married couples can file their taxes jointly, which is often financially advantageous as it may put them in a lower tax bracket than single filers. The standard deduction for married couples is twice as high as that for single filers, and married couples are exempt from estate and gift taxes – so long as they are giving money or assets to their spouse.

Getting married may also mean access to better, more affordable health insurance, as spouses can be on the same plan. This is especially beneficial in today’s economy, where one spouse may not have a traditional job with benefits of a company-sponsored health insurance plan.

Overall, being married can provide a level of security and stability – both financial and otherwise – that cannot always be achieved on one’s own.

What sort of complications can arise in a platonic marriage?

A platonic marriage can suffer from many of the same issues that may arise in a traditional marriage between romantic partners. Spouses may grow apart or find someone else who sparks their interest. Since they are not involved in a romantic relationship with one another, they may seek that physical or emotional intimacy outside of the marriage, which can put a strain on a marital relationship. Just as with any other marriage, platonic couples should consider the benefits of a prenuptial agreement before tying the knot.

What happens if a platonic married couple decides to divorce?

At its core, marriage is a contractual agreement between two parties. The law does not care if the two parties are in a romantic relationship with each other, are simply friends, or otherwise. In New York, the marriage contract is legally binding so long as both parties meet the age and familial requirements set forth by the state and are not already married to other people.

If a platonic married couple decides to seek a divorce, the process is the same as it is for any other married couple. Marital property and assets are divided in an equitable manner. One spouse – or neither spouse, depending on the circumstances – may be entitled to spousal support. If any children resulted from the union, child custody will need to be addressed based on what is in the child or children’s best interest, and the non-custodial parent may be required to pay child support.

Ultimately, the decision to marry is based on many things, but it is imperative that anyone considering marriage remember that it is a legally binding contract that should not be entered into lightly. If you are married and thinking about separating from or divorcing your spouse, the experienced divorce attorneys at Berkman Bottger Newman & Schein LLP can guide you through the process. Schedule your consultation today – call us at (212) 466-6015 or fill out our contact form. We proudly serve clients in New York City, Westchester, Long Island, and Bergen County, NJ.